Andrew Oussoren joined Pure Storage in January 2019 as a Field Solution Architect for SAP in the...

Over many years working on a wide range of SAP projects, one of my chronic frustrations has been applying maintenance.

Often, we performed maintenance during outage windows that were too short. And they always seemed to be scheduled on weekends. Of course, we always made sure there was a system recovery point, the backup was fully complete, and the transaction logs were available,

If a backup failed for any reason, then it was more than likely the work would be called off and rescheduled. The actual backup process was not a trivial level of effort.

Wouldn’t it be great if backups took seconds instead of hours? If you could get multiple points of restore during the maintenance window? It’s possible with the Pure Storage® FlashArray™ Management Extension for Microsoft SQL Server Management Studio (FA SSMS Extension).

This extension can be used from the Microsoft SQL Server Management Studio (SMSS). 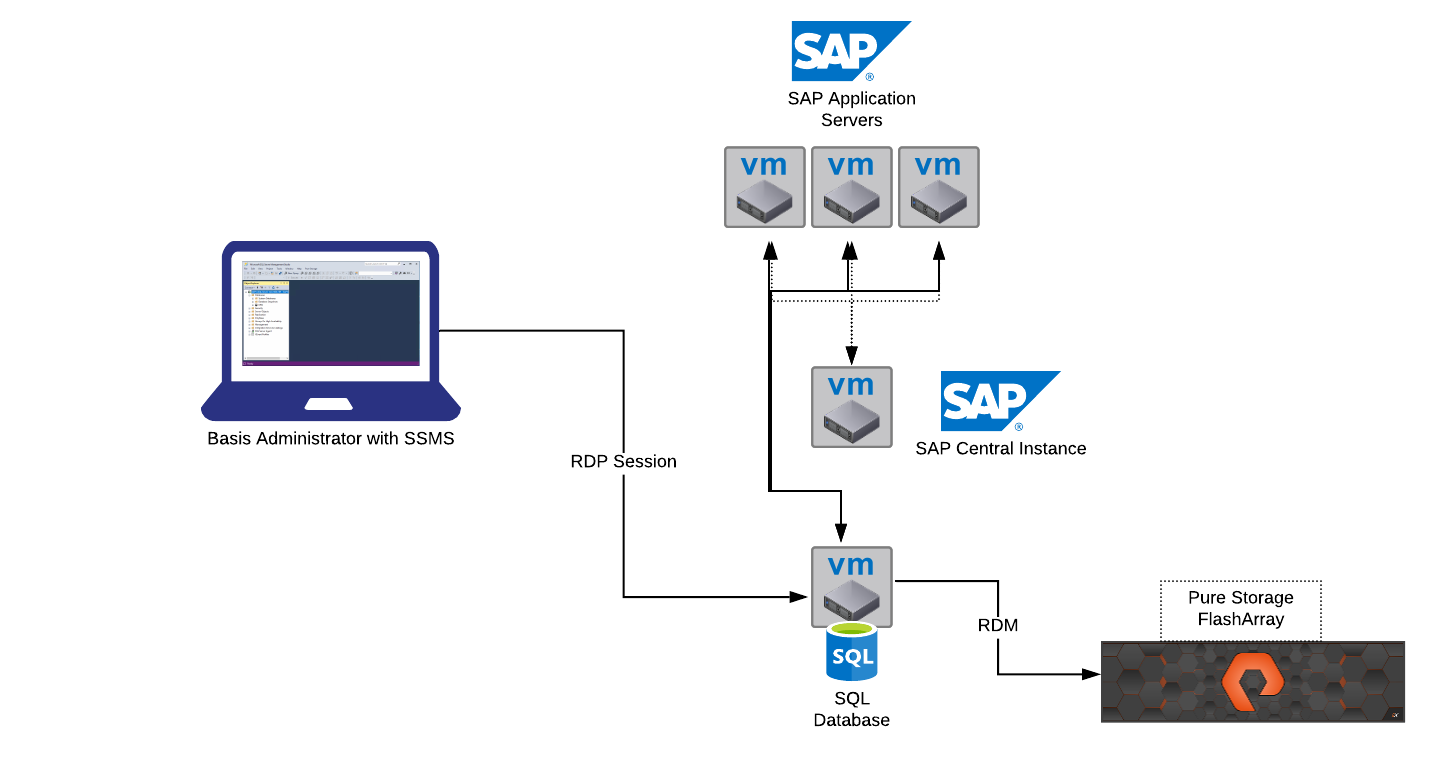 Traditionally, an SAP maintenance window followed the Restore path (depicted in the diagram below)

Let’s face it. The traditional process is costly in terms of the time and money it takes to reorganise the entire maintenance window.

How can Pure claim to deliver backups in seconds and full restores in minutes? It’s quite simple. With Pure Storage snapshots and the FA SMSS extension, you can create a restore point after the successful completion of a maintenance step. (You can see the flow in the diagram below.)

This process makes it easy to attempt a restore at any failed step, which can be done by simply shutting down the SAP system and using the FA SMSS extension to apply the previous backup (snapshot). It only takes seconds. Then, you can restart SAP. That’s it. Take Kubernetes workloads to the next level with the Pure Validated Design for VMware... New Ansible playbooks enable you to automate the provisioning and configuration of FlashBlade.