Pure Storage's take on today's EMC announcements of Project Thunder and Project Lightning, and why EMC settled for creating Tier 0 flash storage instead of using flash to revolutionize Tier 1.

Scott Dietzen is vice chairman of the board of Pure Storage and served as CEO from 2010...

As I read today’s EMC announcements around Project Lightning and Project Thunder (and EMC blogs here, here, and here), I can’t get the famous Manfred Mann song Blinded by the Light out of my mind (although admittedly I still can’t grok Springsteen’s lyrics).  It seems that EMC is just another storage vendor who got blinded by the blisteringly fast “millions of IOPS” promise of flash — only to miss the bigger flash opportunity.  They have chosen to focus on creating an unapologetically performance-focused “Tier 0” flash play, where a combination of EMC-supplied server flash and networked flash appliances cache IO in front of a growingly antiquated Tier 1 / Tier 2 network of spinning disk arrays (the backbone of the EMC revenues today). 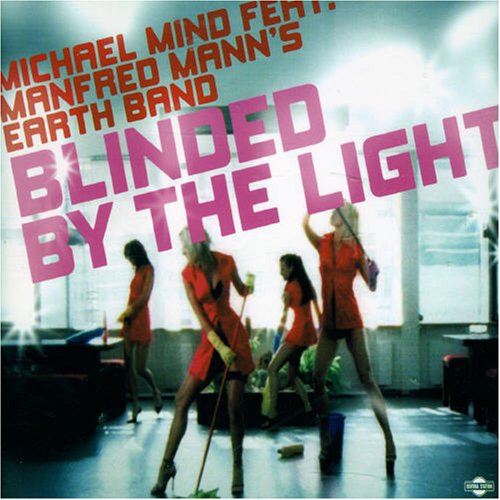 While today’s announcements are obvious ways for EMC to start participating in the markets that Fusion-IO (Lightning: PCIe server flash) and Texas Memory Systems, Violin, and Kaminario (Thunder: low-latency flash appliances) dominate today, they don’t do much to solve the performance pain that the average EMC Tier 1 disk customer is experiencing.  What EMC missed is simple: instead of creating Tier 0 they could have just fixed Tier 1 and replaced it with more efficient, cost-effective all-flash storage.  You see, all-flash storage, done right, can deliver order-of-magnitude gains in performance, efficiency and simplicity…and done right, it can actually cost less than today’s traditional Tier 1 disk-based storage.

It’s About Economics, Not Just Performance

Although there are always a few bleeding-edge customers out there who can consume every IOP and micro second of latency available (Wall Street, Tech, Government Labs, etc.), the “99%” of storage users today simply can’t justify performance at any price.  Don’t get me wrong – performance is  an increasing problem for everyone, especially due to the infrastructure consolidation enacted by virtualization.  But for most folks, the name of the game is price/performance.  So for me, the advent of yet another Tier 0 storage platform that can deliver boatloads of performance with a sticker price to match just isn’t interesting (customers have been able to buy such products for over a decade… it’s a niche market).  What customers have consistently told us here at Pure Storage is that they want and need the performance of flash, but they want it in a form factor that looks just like the Tier 1 storage they buy today, both from a deployment and a cost perspective.  So in a nutshell, that’s the Pure Storage vision: deliver fundamentally better, more efficient Tier 1 enterprise storage (10x faster, 10x smaller, 10x less power), and do it for less than what people pay today for spinning disk.

Most of you are probably familiar with The Innovator’s Dilemma, the seminal technology strategy book where Clay Christensen describes how leading technology companies time and time again fail to make the leap to a new technology because they are so focused on the legacy model and meeting the needs of existing customers.  Clay hits on economic challenges in the book, but these are the challenges I find most interesting in this particular flash episode of the Innovator’s Dilemma.  Put yourself in EMC or any large storage vendor’s shoes: you are making 100s of millions to billions of dollars selling Tier 1 storage for $3-$10+ per gigabyte, and along comes flash, and you have a decision to make.  Do I want to A) create a new market for flash, a “Tier 0” market that supplements my current market by convincing people that they need Tier 0 in addition to Tier 1, demanding a higher price for it ($20-$40 per gigabyte HA is common today); or do I want to B) use this new flash technology to fundamentally disrupt my existing market of Tier 1 storage, using the advances of flash to deliver substantially better Tier 1 storage at a lower price (and a far lower price than I can charge for Tier 0)?  Strategy A is the safer bet: it preserves my existing market, and creates a new market for me to sell into.  Strategy B is the riskier bet: I have to disrupt my leadership position to change the existing market, and hope that I can again rule the new roost.  It seems from today’s announcements that EMC is picking Strategy A…it might not be best for customers, but it is certainly better for the near term bottom line, and less risky for shareholders.  Happily for us, emerging companies, like Pure Storage, will choose to disrupt the existing markets as we have nothing to lose and everything to gain by offering customers storage that approaches the performance of Tier 0 with the form factor and price point of Tier 1!

Another Band-Aid = Another Layer of Complexity

Today’s legacy disk storage customer is increasingly in pain, pain which manifests itself in terms of not being able to meet the performance needs of applications, having to deal with systemic complexity, and simply having to spend too much money for workarounds.  Modern storage vendors have been going about trying to solve this pain with a series of band-aids, first adding array-side flash caching, now adding server-side flash caching, and layering on top management tools to try and make sense of it all.  Imagine a virtualized application, where there is a local DRAM cache in the server, a local flash cache in the server, a flash cache (and a DRAM cache!) in the array, and then storage is moved between disk tiers in the array to optimize cost…all to work around the core problem that the disk storage is just too darn slow.  At some point you have to say enough!  Maybe the problem here is that we’re just working too hard to extend the life of the old technology (disk), and we need a new model for the traditional array.  What if we could get rid of a bunch of layers of caching, and the disk altogether, and just deliver simple storage based on 100% flash that everyone could afford?  Doesn’t that sound simpler?

Server Flash Will Be Ubiquitous…Then What?

Finally, one of the interesting under-tones of these announcements and media reaction was a consistent belief from everyone that we are on a path to server-based flash being ubiquitous and commoditized.  What’s the chance that in 3 years when you buy a new server that it won’t just come with a TB or so of flash baked right on to the motherboard, efficiently-connected to the CPU complex, and all the associated virtualization, application, and database software won’t just take advantage of it?  We believe in the ubiquity of server flash, but we don’t believe the right way to take advantage of server flash is just to put it in front of legacy disk arrays as a cache: in the end the spinning disk will always be the Achilles heel.  This coming ubiquity of server flash has broad implications for both application vendors and storage vendors, which we’ll discuss more in a blog post tomorrow.

Come Check Out Flash Everyone Can Afford

So enjoy the EMC hoopla a bit, but when the dust settles ask yourself how you want to consume flash, and if you believe in Tier 0 or Tier 1.  If you’d like to see flash fundamentally improve the architecture of your mainstream storage environment, give us a call.  And if you are ready to kick the tires, join our Early Adopter Program today.